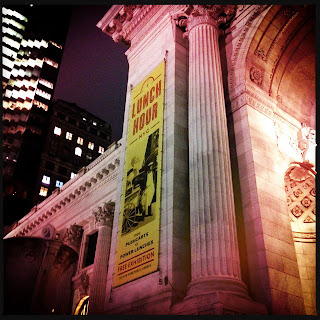 Eight months after its opening, Lunch Hour NYC is closing this Sunday. It will be a bittersweet day for me, but it had a healthy run and I'm thankful that I had the opportunity to work with Laura Shapiro to help put this exhibition together.

But as of today, Friday, there are only three more days to see Lunch Hour! Get thee to the Library! To whet your appetite, here are some of my favorite items from the show -- and one that didn't make it in.

When I found this hand-written annotation of "lunch" in Noah Webster's own copy of his 1841 dictionary, I got very, very excited. Lunch as a verb! 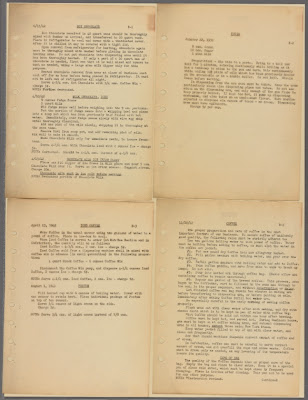 For those curious about coffee pre-Starbucks, these instructions on how to brew a proper cup of coffee from the Horn & Hardart Automat manager's book will provide some helpful insight. Hint: it's all in the details. 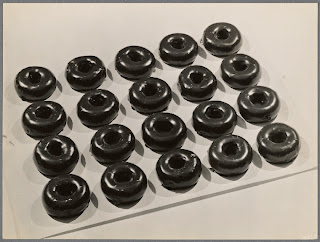 I want this photograph hanging in my apartment.

If one wanted to get a sense of walking down a New York City street in the mid 1950s, one need only to consult Nathan Nirenstein's Real Estate Atlas. You'd learn that there were at least three Horn & Hardart Automats within a few blocks of each other on 42nd Street. That the Brass Rail restaurant took up a lot of real estate next to Grand Central Station, and that a large Woolworth's lived in the space where the HBO building is today.

While most real estate atlases show major buildings and landmarks from a bird's-eye view, Nirenstein's hits the streets. When the map curator showed me this atlas (for the exhibition we display only the area in and around the New York Public Library, but the atlas details all of New York City), I knew it was worthy of inclusion in the show. 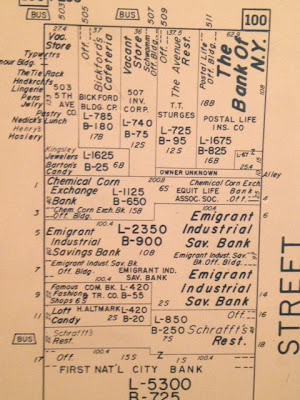 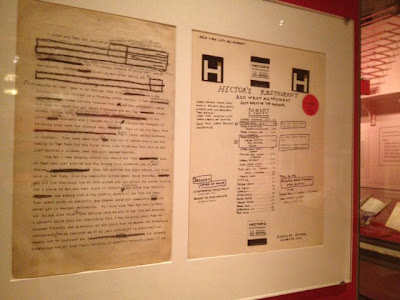 The image of Beat writers hunkered down with a notebook in a smoky coffee shop or cafeteria is iconic, and we were hoping to convey that in the show. Fortunately, because of the rich collection of materials in the Jack Kerouac archive, we were able to. Kerouac, a fan of the midtown self-service chain Hector's, wrote a short piece called Last of the Old West in Hector's Cafeteria in 1950 which is displayed in the exhibition. He also mentioned Hector's on the first page of On the Road (shown above on the left); when Dean and Marylou arrive in New York they head straight to the Hector's. Kerouac, in his edits, adds the word cafeteria in pencil. And for those curious about Hector's, we have a hand-written menu thanks to menu collector Bernard Fread. 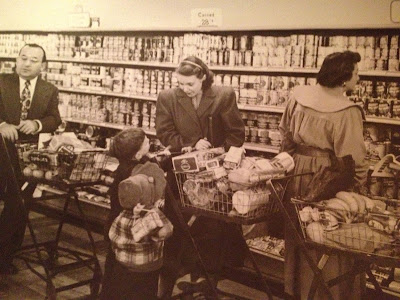 I love this image and I find it especially arresting blown up as it is in the home lunch section. 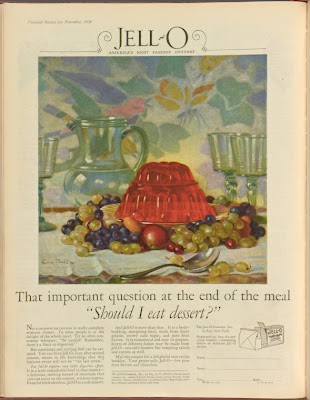 
How the Other Half Lives manuscript, Jacob Riis Archive, Manuscripts and Archives Division: 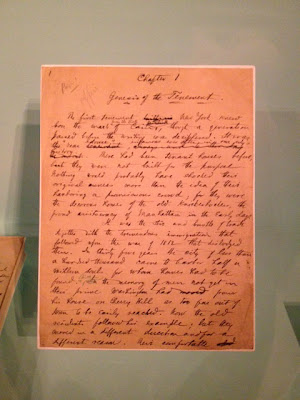 What does Jacob Riis have to do with lunch in New York? In our charitable lunch section, we argue that Riis' documentation of the squalor of tenement living -- in his newspaper writings, in his photographs, and especially in his book How the Other Half Lives -- did much to move the progressive movment and the philosophy of scientific charity forward. These movements in turn, helped usher in school lunch programs and other charitable food initiatives in New York City. 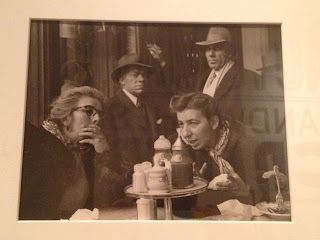 This photograph hangs on the wall between the front and back wall of the Automat vending display, so I'm guessing a lot of people may have missed it. If I could, I would've displayed all of Bubley's wonderful Automat photographs. But this one is especially great. 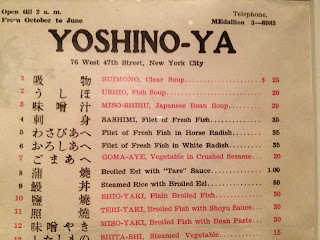 This 1932 menu from the short-lived Yoshino-Ya restaurant on West 47th Street is one of my favorite items in the show. While many claim that sushi and sashimi arrived in New York via California in the 1960s, this menu features both dishes on the menu thirty years earlier. While we don't know for sure whether their version of sushi and sashimi is what we think of today, it's a clue that is worth deeper exploration.

And one image that didn't make it. Who said there was no such thing as a free lunch? This Charles Dana Gibson print from 1911 shows that the proof is in the pilsner. 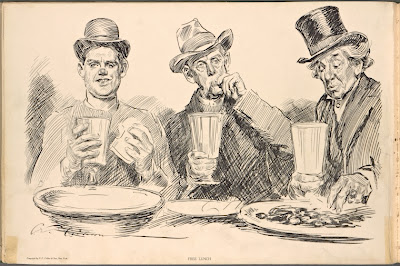 A taste of Gascony said...

Thank you for sharing a taster to your exhibition. For out of towners (ehe, countriers?) like me it is lovely to get a whiff of the fascinating documents you have - and I am all the more determined to make it to the library in person one day:-)

I was excited to see this exhibit, but alas I was unable to make it before it closed.

One aspect of the exhibit that interested me was the mention of some Horn and Hardart recipes. Years ago I tried in vain to find the H&H recipe for baked macaroni and cheese that I had loved as a child, as I wanted to make it for my children. It was unique visually in that it had small red pimentos in the cheese sauce. It stands out in my mind as the apex of mac and cheese. Is there any chance that the recipe exists? I would be thrilled to have access to it. Many thanks.
(This post is the only way I could find to contact you. If you post an answer, I will try and reach you at the library).

It seems a very interesting blog, I like your photos