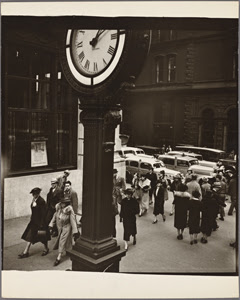 It's the first meal regularly taken outside the home, it's associated with school children, workers, women, power players, and with charities. It's an hour in the middle of a quick-moving, industrial, modern city. What happens in New York at noon?

In eight months, June, 2012, the New York Public Library will open an exhibition on lunch in New York, curated by culinary historian Laura Shapiro and me.

Co-curating an exhibition has been a tremendous honor, challenge, and undertaking and it's been a large reason why this blog has been left unattended for many months. But as you can see with the new redesign (TA DA!), I'm inching my way back, anxious to share menus, recipes, interesting books, and of course, lunch stories. 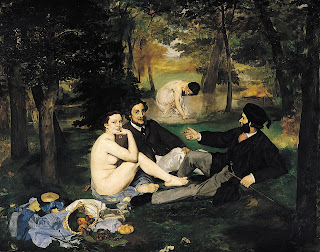 And I also hope to share, in the coming months, the general process of putting together the lunch exhibition ("What to Expect When You're Exhibiting"). What our thought process has been, what materials we're finding (and not), and the books, articles, and movies that have inspired us.

One thing I can divulge right away. Working with someone as sharp, funny, witty, and grounded as Laura Shapiro has been the highlight of the experience. If you're not familiar with her work, become so immediately! She has taught me, by example, how to work, how to write, and most importantly, how to read. I thank the gods above that she said yes when asked to take on this project with me.

But first, a pressing question: Why lunch? I'm glad you asked.

Laura and I were charged with the task of putting together an exhibition on food. And while that was music to our ears, it's also a challenge. What about food? Where? Home or in restaurants? Cookbooks or menus? What time period?

We knew a show focusing only on menus was out of the question. William Grimes had created that platonic ideal back in 2002 with New York Eats Out, an exhibition, as it turns out, which introduced me to NYPL's incredible collection. I was in my first semester of library school when I went to see his exhibition and I haven't been the same since. A show focusing only on cookbooks was another option. NYPL's cookbook collection spans centuries, from Platina (1475) to Cooking Basics for Dummies (2011) and nearly everything in between. But cookbooks, while often fascinating texts, aren't always thrilling to look at.

Laura and I were looking for a compelling story that could tap into the Library's collections -- not just menus and cookbooks, but periodicals, photos, rare books, archives, etc. We quickly decided to focus our food story in New York.  It is, after all, the New York Public Library, and while the collections here cover continents, a New York focus helps us...well, focus and gives us room to tap into the City's relationship with food today. The idea for lunch came soon afterwards. We flirted with covering "24 Hours", but it quickly became clear that lunch stood out as a layered and fascinating story all its own.


So what happens in New York at noon? That's what we wanted to find out. 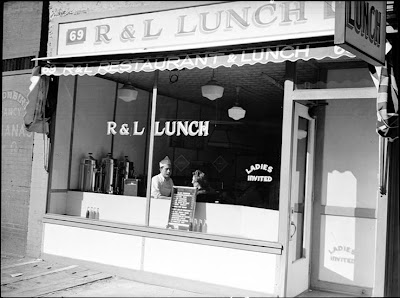 Yea! You're back! I'm looking forward to reading more about your lunch project.